A tragic event rocked our new year.  On New Year’s Eve, a dear family friend’s son took his own life.

There was no prior warning, there were no signs. There seems to be no reasons.

An army of friends banded together to show the family their support and help. Though our help seems pretty trivial in the face of their heartache wondering why – perhaps a question they’ll have for the rest of their lives.  And we could offer no help to alleviate the pain that had cut so deep, none of them have eaten or slept in the four days since it happened.

We could really just let them know we’re there. 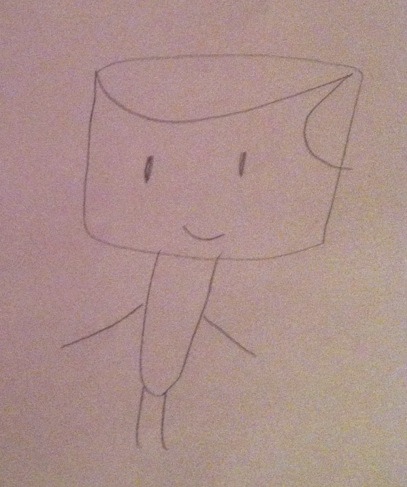 Myles’s picture of his friend. He wants to make it into a card for the family

The boy was friendly with my two sons.  They both loved his sense of humour, and were drawn to his charisma.  So I felt it was right to tell them what happened, though I first Google-d to confirm the experts recommend it also.

It was a terribly tough conversation to have with the boys. The web advice was quite helpful. We obviously avoided sharing any specifics. There were useful messages about suicide being an illness, that the stress & unhappiness makes people forget there are always people to talk to; and that their actions were just an attempt to feel better when they thought there was nothing else they could do.  It’s a very sad, but important lesson.  And it was upsetting  to see my boys learn it so intimately.

I thought my five year old may be too young to understand. It was clear though he knew exactly what we were saying.  When we took them to visit the family the day after, he asked if the boy was there in a grave.  And on the way home, both my boys were asking really good questions about what could they do.  My nine year old has practically made it a mission to be there and check on all of his friends at school regularly.

In terms of my own feelings, I still find this very difficult to accept. How could things grow so overwhelming for a 15 year old that it comes to this? To his close family and friends, it makes no sense. To an outsider, it makes even less sense.

We already knew he was popular and well-liked.  His Facebook page lit up with an overwhelming number of posts from his friends, all sharing how highly they thought of him, and how much they’ll miss him. He couldn’t have known the level of support he had.  He could not have realised how many people felt broken at his passing.

The day after we heard the news, not by specific plan, I had my weekly run in their suburb.  It was a lovely cool, upbeat morning, with lots of positive thoughts.  Without even truly realising where I was, a solemn feeling swept through me as I came close to their neighborhood.  I suddenly had to stop, walk off course toward the entrance’s security gate.  Then my mind filled with visions of him on his bike on these same streets.  Usually with friends, most often making jokes and hearing his distinctive laugh, laughing hysterically.  And here I am in the dark silence of morning, almost fittingly cold and empty. I was overwhelmed with the thoughts of his demise.  His family still wide awake in the villa, feeling crushed by their loss. I turned back, felt the pure tragedy and became quite a blubbering mess.

At the end of a long morning run, I generally feel wonderful to be alive. That morning I felt more reflective on how lucky we are, and that we have a duty to make the most of our time.
Because, for whatever reason, some people aren’t here to enjoy this opportunity.  May they now rest in peace.

Life is a gift, let's treasure every moment for those who cannot.

1 comment on “The saddest blog I hope I ever write”